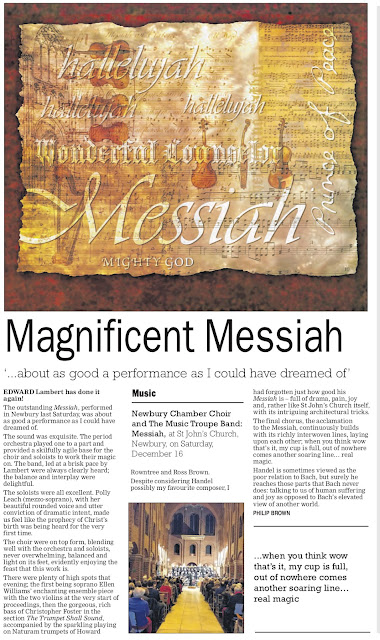 An interesting observation by Philip Brown: Handel as a more universal composer than Bach.


I've sometimes felt that Bach doesn't always break out of a certain provinciality, in the sense that his music seems destined for specialist performance and consumption. The cantatas, even the passions, seem trapped in a cloying, pious sentiment which even he was aware of and in performing the Four Short (Lutheran) Masses, I read with interest the theory that, in them, Bach was adapting earlier music for a more universal, less provincial, purpose: i.e. distribution further afield. Handel, one feels, addressed his work to everyone.