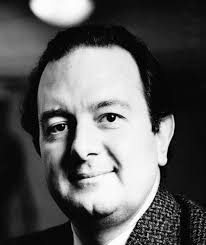 John Barker
Born Twickenham, 23 September 1931.
Died Kingston, 6 February 2018
British conductor, chorus master, repetiteur and translator. John Barker studied at the Royal College of Music and in Salzburg with Lovro von Matačić. In 1958 he joined the music staff at Glyndebourne for a season. The years from 1959 to 1974 were spent on the staff at Sadler’s Wells Opera, as conductor, Chorus Master and then Head of Music Staff. His conducting debut with SWO was The Merry Widow 1959. At SWO he conducted more than 600 performances across the repertory including Orpheus and Euridice, The Marriage of Figaro, Cinderella, The Italian Girl in Algiers, Count Ory, Ernani, A Masked Ball, The Force of Destiny, The Flying Dutchman, The Ring, Madam Butterfly, The Rake’s Progress, and The Violins of Saint Jacques. He also conducted the première of Lucky Peter’s Journey (Williamson 1969). In 1975 he moved to Covent Garden as Head of Music Staff and Chorus Master. There he conducted Le nozze di Figaro (1976), and added Troilus and Cressida, Turandot and Peter Grimes, among others.

I first met John some 50 years ago, when, as a pupil at Christ’s Hospital (he had been too), it had been suggested that I could go to him for advice. Since I was brought up in Twickenham, I went over to his Whitton home where he gave generously of his time, though I can’t for the life of me remember what advice he gave me.

He was a great opera conductor and led hundreds of performances at Sadler's Wells and also at ENO when it moved to the Coliseum. In particular, there were the Ring cycles: in those days, ENO was able to tour the Ring around the country, I was it at Oxford. I auditioned for him unsuccessfully when he was in charge of the music staff at ENO, but a few years later, with more experience under my belt, he prompted me to apply at the Royal Opera, to where he had transferred in the meantime. And so he became my boss, none more so than when he took charge of the chorus for a few years.

I once asked him why he had gone from ENO to ROH and he replied that it was a different world. I’m not sure he was ever entirely happy in his new surroundings, and he might have been more content to remain with Sadler’s Wells / ENO where he had so successfully conducted hundreds of performances. At ROH his life was spent as more of a support to frontline conductors who were not always appreciative, I suppose. He was at work early, always staying until the end of every performance and then travelling home late; how he kept that up this dedication I will never know. But to say I Iearned a lot under him would be an understatement: he was a fantastic musician and knew exactly what had to be achieved in every bar of music. I think it’s fair to say, professionally at least, he kept his personality under wraps believing that any nonsense could quickly get in the way of the job to be done. Yet he had a wicked sense of humour and impeccable timing: he could suddenly become the funniest of people.

A kind and sincere gentleman, devoted to his craft and a wonderful teacher and coach; an expert musician who knew what had to be done with every bar of the music: nothing less, nothing more. The genuine article, so to speak.