"My music aims to be contemporary and entertaining. While I want my music to be accessible to performers and listeners who aren't necessarily new music specialists, I tend to write music that is also bravura in style. I don't adhere to dogma of language but see techniques used in different periods of musical history as being complementary: thus, tonality and atonality are part of a continuum. I avoid complexity for its own sake preferring statements that are often lucid and lyrical and admire music that is well crafted, but also sounds spontaneous..." 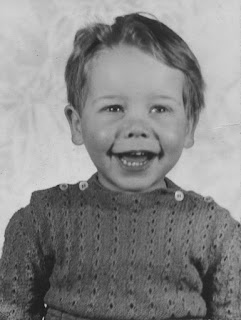 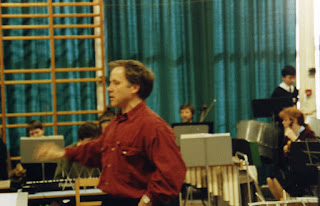 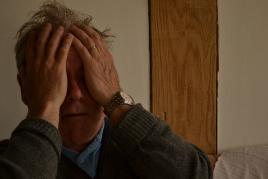 During the 80's and 90's I was involved in the growing industry of educational outreach in the field of music and opera.

Whereas projects based on imitating famous works would typically culminate in the participants attending a performance of the 'real thing', I wanted children to be centre-stage with real ownership of their creations. Rather than talk about ideas which they might find hard to relate to (although interesting in themselves), I wanted children to show me what they could do. I learned from them, rather than teaching them what I knew.

So I devised a process from first principles and built music up from the most fragmentary ideas - for example, numerical patterns which became melodies, instruments or structure. Chords were usually absent and instead there were drones, counter-melodies and percussive accompaniments. Without pre-conceptions, young children can relate to all the elements of the composition which are created in this way - with interesting and sometimes complex results which were described on one occasion as 'medieval rock'.

When professionals were involved in these projects it was to perform challenges alongside the children. The avoidance of clichés in the musical style (however simple) meant that the music was often quite original, and the same went for the text written in a corresponding method.

I was invited to participate in the Metropolitan Opera's outreach programme as well as working frequently for the Royal Opera's Education Department.

Some of these workshops blossomed into large-scale projects in which young people created their own 'operas'. Most integrated with the curriculum and infiltrated many subject areas besides music. The students had a large hand in composing, research, story-writing, set and costume design - and, of course, acting, singing and playing. This pioneering work with the Royal Opera Education Department led to a series of simple operas suitable for schools, amateurs and communities.

The Dream That Hath No Bottom is a full-length piece, which evolved out of curriculum work at Key Stage 2, weaving together strands from Shakespeare and the history of Elizabethan England.

There are works based on the Iron Age (The Triumph of Lugh), the Victorians (The Paupers' Revenge), The Anglo-Saxons (The Treasure and a Tale), modern European history (The Fall of the Wall), and the Medieval Mystery Plays (The News from the World & The Crucifixion).

All these pieces
There are also two youth operas:

The Button Moulder is a full-length work for large forces and mixed abilities, a  re-working of Ibsen's Peer Gynt which was enthusiastically received when first performed by Prince William School in Oundle, Northamptonshire in 1990.
"...opens up the world of opera to students..."
"...there was as much work for a recorder beginner as for a violin virtuoso..."

2004 commission - All in the Mind for W11 Opera in London. With a professional 'band' and a large cast of talented teenagers, the result is a more sophisticated piece of musical theatre.